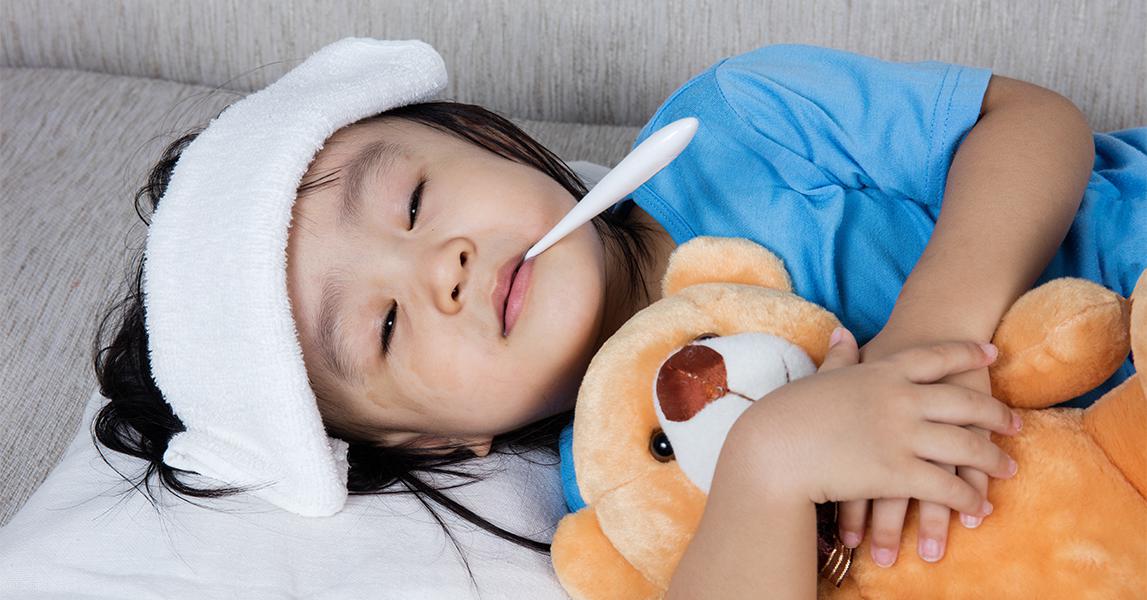 Understanding and Protecting kids against Influenza

I doubt there ’s any parent in Saigon who doesn’t at least know someone whose children were hit by this season’s powerful flu virus. If your own kids got it (you’ll probably have caught it too, if this was the case) you’ll know that this was a bad one – a major hit at the beginning followed by weeks of chesty coughing, and no guarantee that the initial symptoms wouldn’t recur. Vietnam wasn’t alone in going through the worst flu epidemic in years during recent months – in an article in the Washington Post entitled Yes, this is one of the worst flu seasons in recent memory, statistics showed an inordinate number of child deaths caused by influenza in the United States; a CNN report attributed the majority of the serious infections to strains of H3N2, which has been described by the CDC as “nastier” than other strains for causing far more hospitalizations. It’s been the same story here in Asia – Hong Kong figures show that more people were killed by H3N2 in the first two months of this year than by any flu virus throughout the whole of 2014.

It was probably me who was responsible for infecting my own children. I’m still angry with myself; that day I just knew I had it, and while I was meeting with a colleague and doing my best not to pass out, I joked that perhaps I should avoid going home that night and just stay in a motel instead to avoid exposing the kids. I should have done just that – the following week, my one-year-old daughter was admitted to a hospital while my eldest was writhing on her bed with temperatures going off the scale. I’m sure I’m not the only parent who has wondered what I could have done to avoid all this. A few months ago I was thinking about getting the flu vaccination, although recent medical reports have stated that it may not have been much use this season. A BBC health report calls this year’s flu vaccine “barely effective,” with only three percent of people who were vaccinated with it showing any resistance to the virus – about as many as you’d expect in an unvaccinated population.

Our own Dr. Jonathan Halevy, who practices as a pediatrician at Family Medical Practice Vietnam, concurs that the flu vaccine hasn’t proved effective this year. Although known as a very ‘pro-vax’ physician, Dr. Jonathan is in fact highly skeptical of flu vaccinations. Citing a recent published medical review, he says “it takes 40 people to be vaccinated to avoid one case of ‘the flu,’ which means that many of the people that did get the Influenza vaccine will still get sick. In babies below two years old, the vaccine seemed to be as useful as placebo (empty vaccine), which means none at all.” There are good reasons why even those who are usually outspoken supporters of child vaccinations don’t feel the same way about flu vaccines. “Influenza,” says Dr. Jonathan, “causes symptoms of ‘the flu’ – high fever, nasal congestion, cough, headaches, muscle pain, weakness. Unfortunately, these are not specific only to Influenza. There are over 200 viruses that can cause the same symptoms. Influenza A and B viruses actually cause only 10 percent of ‘flu’ cases. It’s impossible to differentiate between ‘the flu’ and Influenza without testing.”

As for treatment of Influenza with Tamiflu, Dr. Jonathan also warns parents to take care: “There is an overuse of this medication, which may lead to fast-growing resistant viruses. The data we have so far shows that giving Tamiflu to otherwise healthy children and adults doesn’t have much benefit beyond shortening the disease time by an average of 17 hours. There are specific guidelines indicating who should be treated with Tamiflu and when. So before taking Tamiflu, you should consult with your family doctor or pediatrician and be tested for Influenza.” In cases like mine and most people’s, there’s no way to effectively set up quarantines between parent and child, and so Dr. Jonathan recommends that the only practical way to protect your family from spreading the flu virus around is to follow some basic hygiene measures. “There is no 100 percent proven way to avoid viral infections,” he says.

“The best way to avoid Influenza is by keeping strict and good hygiene. When you’re in public places, avoid touching rails and handles (e.g. escalator rails); avoid touching your eyes, nose and mouth. Wash your hands thoroughly before eating or taking care of your baby. If you cough or sneeze – use a single use tissue.” Otherwise, if you want to be completely certain that you won’t pass on your flu virus to your kids, then a night or two in a motel (presuming you have this option) may not be such a bad idea after all. You may have some explaining to do when you get home, but you’ll never have a better excuse for staying in a private room and catching up on some neglected TV series while you recover. Anything for the kids.