Israeli Doctor Rafi Kot recently came back from Kon Tum province’s Kon Plông district where he and his staff provided free medical checkups and offered consultations, vaccinations and medications to more than 8,000 inhabitants of different ethnic groups. Việt Nam has become his second home having lived here for 26 years.

Dr Kot, founder and general director of Family Medical Practice Vietnam shares with Vương Bạch Liên his views about his work and life. 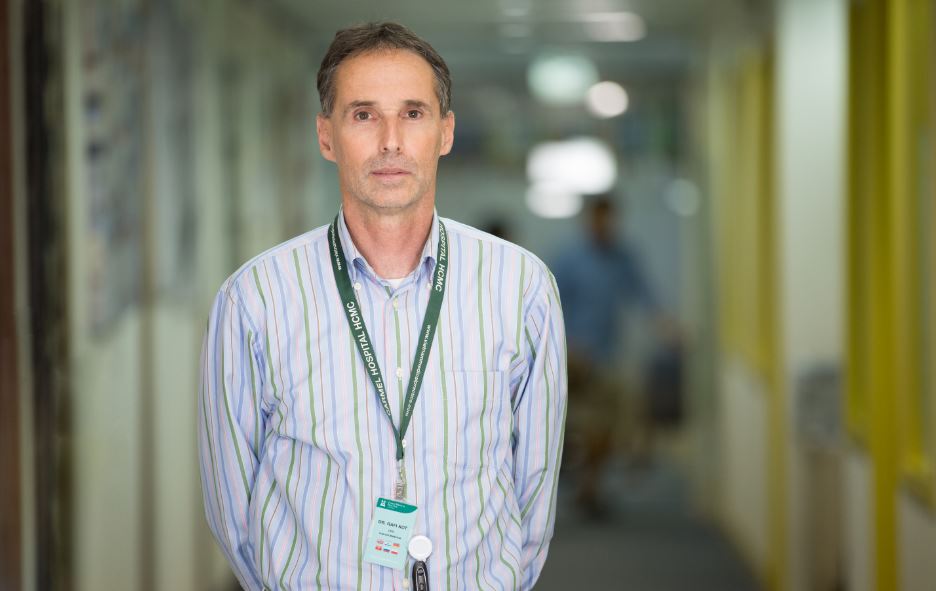 Inner Sanctum: What made you come to Việt Nam 26 years ago and stay?

I wanted to do something useful with my training and knowledge. I come from a small country with one of the highest rates of doctors per capita. It seemed a waste to stay in a place with so much knowledge. I joined an NGO. Việt Nam wasn’t a choice. I was supposed to go to Namibia, but a doctor on a mission to Việt Nam failed to return, so I was sent there. I arrived in Ninh Bình to run a primary health care project. There was so much to do that a six-month stint became 12, 12 became 24, and slowly I found myself with a budget and ability to run services to a province of one million people. Wow. Imagine the task. There was no way for me to leave it until it ran the way I thought it should. That has lasted 26 years, to date.

Inner Sanctum: You have organised so far three humanitarian medical camps in Việt Nam (Kon Tum in 2006, Quảng Bình 2007 and again in Kon Tum in 2016). Where did you get the idea?

While working in Ninh Bình province (part of Hà Nam Ninh those days), I was visited by then-Prime Minister, Mr. Võ Văn Kiệt. I explained what I was doing. Ninh Bình was a small province with a main town in its center, so I suggested putting in place a satellite referral system. There was no need for district hospitals because of the town’s proximity. My plan was to beef up the provincial hospital and link to it the commune clinics. There was no need to waste money on empty district hospitals.

A few weeks later I was called to Hà Nội to see the Prime Minister. He wanted a similar project in the Hoàng Liên Sơn region. Vast . Remote. Ethnic diversity. A different model. Big challenge. I started with the Điện Biên Phủ area .That’s where my acquaintance with minorities began. I was very curious to understand their needs. That’s when I understood what "grass root level" could really mean.

I travelled a lot. The more I travelled, the more I got immersed in the question of how to meet the medical needs of remote groups.

Inner Sanctum: Why do you pay so much attention to Kon Tum?

Kon Tum appealed to me because it was so wild, primary and so remote from anything I knew. The forests of Kon Tum and the views were breathtaking. However, the minorities were poor, isolated and services were not accessible. I thought that something could be done. With the Fatherland Front and the Embassy of Israel I launched my first project. I planned it, knew the area well. I knew which villages were the neediest (I came in advance and met people, observed, asked), but I wasn’t sure how it would work. Would the authorities accept us? Would minorities be willing to be treated by foreigners? Would we even be able to treat them and to what extent?

It was successful beyond my expectations. People just flocked to us, some walking for a whole day to receive medical attention. The authorities were delighted, too.

I had the impression that very few, if any, of the foreign or Vietnamese staff I employ (whom I call "the urban group") knew the country, its diversity, its objective obstacles and its challenges in terms of health care delivery.

When you work in Hà Nội, Đà Nẵng or Sài Gòn, it’s like working in a laboratory. Việt Nam is not a lab. And my medical staff has to have a better orientation about where they work and the true medical obstacles this country faces. This has to be in the back of their minds as they work in my city clinics. Ask most expats which places they know in Việt Nam. I bet that 90% will name the same 5-10 places. Names such as Kon Tum, Quảng Bình, Nghệ An, Hà Tĩnh will never come up. So, besides the medical help we provided, that was a great way to introduce these places to our staff.

Inner Sanctum: What do you see as the biggest challenge in the Vietnamese healthcare system?

Lack of vision. Lack of professional staff. Doctors’ bedside manners also need improvement. These problems result in lack of trust by the public. Imagine, we have as much state-of-the-art medical equipment in Việt Nam as in Singapore or Thailand. Yet according to World Bank data, US$4 billion are spent annually by people living in Việt Nam who seek healthcare in other countries. Why, I ask. Not lack of equipment, not lack of hospitals. Lack of public trust in the system.

The fixation on building hospitals instead of empowering very well equipped polyclinics by expanding their mandate of allowed procedures is probably the biggest obstacle.

The perception that the more hospitals we have, the more beds we get, the better off we are is wrong. Who will staff them? How thin do we want to spread the little resources we have? Should foreign physicians work in Việt Nam until Việt Nam qualifies sufficient graduates? This remains to be seen.

Don’t forget that Việt Nam is among only six countries in the world completely prohibiting the use of refurbished medical equipment. Only new and costly is allowed. Outrageously costly. Who gains? The doctors? The patients? Of course not. No OECD (Organisation for Economic Co-operation and Development) country or any other 150 countries have such a law. Are we really so rich?

The ministry of health also does not encourage cost-saving day surgery, unlike most countries. The list is long.

But I guess vision is what is needed urgently to try and change course. I think the entire system should be revolutionised rather than evolutionised. In the 1990s we could evolutionise it. Now we have to run. Can we? Personally, I think that we have to embark on a completely different setup if we want to meet the demands of the population in the next few years. A setup fit for a modernised country on its way up.

Inner Sanctum: Are you familiar with Vietnamese culture? Do you miss Israel, your home country?

I’ve been here almost half of my life. I would say I miss my parents very much, but in a way, my heart is currently here. I have a 96-year-old dad and 93-year-old mom. My dad uses a computer. He’s opinionated, politically active and attentive. It’s interesting to see how "old world" is perceived today. I miss friends back home, but since the world is a small village today, I have the joy of hosting many of them here.— VNS